Despite the cast’s persistent hints that there will be a Pitch Perfect 4, the fourth instalment of the Barden Bellas has not been officially announced.

The much-loved cast of the franchise got back together virtually in August 2020 to perform a cover of Beyoncé’s song “Love On Top,” with all of the proceeds going to UNICEF; however, the performance did not come with any kind of confirmation that Pitch Perfect 4 would be made.

Pitch Perfect 3 received the worst reviews of the series by a significant margin, and it grossed $100 million less than the second movie at the box office. Additionally, it was promoted as the end of the Bellas “as we know them,” so this may not come as much of a surprise considering all of these factors.

However, if there is anyone who can make the fourth movie happen, it is the cast, and it is a possibility until Universal says otherwise, so here is everything you need to know about the possibility of a Pitch Perfect 4 movie.

In the third movie, the Bellas went on what was supposed to be their last tour. Three years after the second movie, they got back together for an overseas USO tour. As usual, there was a competition, and the winner got the chance to open for DJ Khaled.

But DJ Khaled doesn’t want the Bellas; he only wants Beca. After a complicated run-in with some gangsters, Beca opens for DJ Khaled after getting the Bellas’ approval, and then they all perform one last song together. 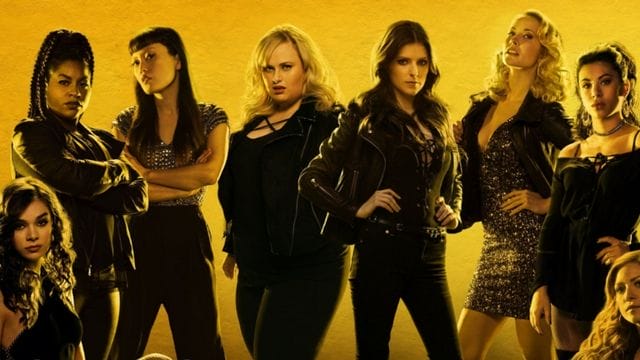 Every character got a happy ending, perhaps because they knew it was the last movie. For example, Beca got a job with DJ Khaled, Aubrey got back in touch with her father, Chloe got into vet school, Emily went back to Barden University, and Lilly got together with DJ Dragon Nutz.

So, any plot for Pitch Perfect 4 would have to find a way for the Bellas to get back together, hopefully not just for another competition.

Anna Camp has another idea for a movie that could be made in the future. She told Collider, “We want to do it until we’re old and acting in a retirement home.” She also said that they could see the Bellas every five or ten years.

“Is Fat Amy a parent? Have Fat Amy and Bumper kids? How cool would it be to see what happens to all of these characters you know and love in about five years?”

There may have been hints that a fourth movie would bring in a new group of Bellas, but it’s hard to imagine that it wouldn’t feature the stars who made the series so popular.

So that includes Anna Kendrick as Beca, Rebel Wilson as Fat Amy, Brittany Snow as Chloe, Anna Camp as Aubrey, Hailee Steinfeld as Emily (who joined the Bellas in the first sequel), Hana Mae Lee as Lilly (also known as Esther, as we found out in the third movie), and Ester Dean as Cynthia.

If there were a fourth movie, it seems like the cast would want to get back together for more a cappella fun. When Pitch Perfect 3 came out, Wilson was excited about making “four or five” more movies, and Kendrick said the cast would keep making these movies “forever.”

Camp told ET Online that she would be “down” for a fourth Pitch Perfect movie while promoting her new show, Perfect Harmony. “I love those girls,” she said, “and I love playing my character, so if they needed me, I would be there for sure.”

Hopefully, Elizabeth Banks and John Michael Higgins would be back as the hilariously sarcastic commentators Gail and John in a fourth movie.

But since Skylar Astin and Ben Platt weren’t in Pitch Perfect 3, will the boys be in the fourth movie? Director Trish Sie said that it came down to “scheduling stuff” and didn’t rule out future appearances.

Well, a fourth movie hasn’t been confirmed yet, so we don’t know when it will come out.

When Rebel Wilson posted a photo with Brittany Snow, Anna Camp, and Chrissie Fit holding up four fingers in October 2018, fans got excited about the possibility of a Pitch Perfect 4.

Wilson teased in November 2018 that she would be filming another “musical film in the next 12 months,” but nothing has really happened since then. (It looks like she was making fun of Cats.) So right now, we can’t say when the fourth movie will come out. It will have to be made sure first.

Read More:-Shining Girls Season 2 Release Date: Is It Released or Will Be Released?

Read More:-Armageddon Movie Release Date: Is It an Action Movie?

The most important thing to know about this review is that I am most definitely NOT in the target audience for this movie. I’m a 53-year-old man who wouldn’t normally watch “Pitch Perfect.” The only reason I did was because my daughter kept telling me it was a good movie and I’d like it.

And, fortunately, I did enjoy it quite a bit. I’m not saying it’s a great movie, because it has some problems, but it is fun and entertaining.

The movie is about a capella singing, which is not something most people enjoy or even care about, but the movie manages to make the subject exciting. You’ll soon be moving to the music and singing along, because a lot of it is very catchy.

And the movie is about almost every young adult film stereotype I can think of: the bossy and mean group leader, the lesbian, the funny fat girl, and the rest of the cliches.

But the music is pretty cool and it SAYS that these are sometimes just stereotypes, so it’s fun to watch. Still, I could have done without all the puke. Overall, this is a very good movie that is fun to watch.

Is a Pitch Perfect 4 Coming Out?

No plans have been made for a fourth movie.
The next fall, when Rebel Wilson posted a photo on Instagram with Brittany Snow, Anna Camp, and Chrissie Fit holding up four fingers, fans were excited.

Is a New Pitch Perfect Coming Out?

Adam Devine did not play the same character in Pitch Perfect 3 (2017), but Bumper will be back in his own spin-off series, Pitch Perfect: Bumper in Berlin, later this year.
What Will Pitch Perfect 4 Be About?
When the Bellas watch Bellas X Gents perform at the reunion show, they are shocked and upset by what they see. The Bellas need to find a way to get the original Barden Bellas back together so they can compete again for the top spot on the university’s music lead crew.

Pitch Perfect 3 received the worst reviews of the series by a significant margin. It grossed $100 million less than the second movie at the box office. Any plot for Pitch Perfect 4 would have to find a way for the Bellas to get back together. Anna Camp says she’d be down for a fourth Pitch Perfect movie.

She and the rest of the cast have said they want to keep making these movies forever.

A fourth film hasn’t been confirmed yet, so we don’t know when it will come out. No plans have been made for a fourth Pitch Perfect movie. Rebel Wilson teased in November 2018 that she would be filming another “musical film” in the next 12 months. Adam Devine will be back in his own spin-off series, Pitch Perfect: Bumper in Berlin.