After getting a lot of negative feedback on social media for his controversial statement, Kanye West is back out on the town with a Brazilian model named Juliana Nalu, who netizens think is his girlfriend.

On Sunday night in Hollywood, the alleged couple went to see a movie together. Juliana Nalu and Ye bought two tickets to see Ruben Ostlund’s “Triangle of Sadness.”

We don’t really sure if the film was appropriate for a date night, but Ye wouldn’t do something like that.

Kanye West has finally moved on from his ex-girlfriend, Kim Kardashian! Although this is a positive move, the two began dating a few days after Ye’s anti-Semitic tweets. The rapper was observed at the theatre with Juliana Nalu wearing the same “2024” cap that Ye wore days earlier on his Twitter account, indicating a possible presidential bid.

While on a trip to the theatre with the 24-year-old, the Yeezy designer sported a monochrome black ensemble that included knee-high boots, an oversized jacket, and jeans. Juliana wore a black and white gown that left their admirers in awe as she entered the building and attempted to clutch Ye’s hand. 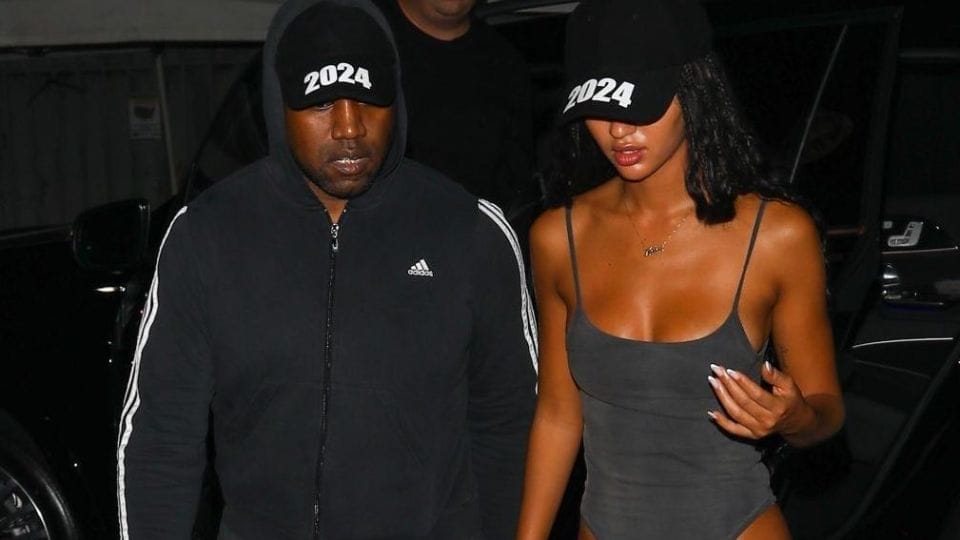 Interestingly, Ye chose to wear an Adidas jacket despite his connection with the athletic business apparently still being “under review” in the wake of the infamous “White Lives Matter” T-shirt controversy.

Before they entered Ye’s SUV, he took care to sign several autographs for his supporters.

Ye and Juliana Nalu were photographed checking into a hotel in Beverly Hills on Thursday, indicating that they had already been out in public recently. In addition, the two were observed enjoying supper together in Santa Monica on a Saturday evening. The rapper and his apparent new muse went to a clothing store after consuming dinner.

Netizens were confused at first because they couldn’t figure out who the woman was who had dinner with the “Gold Digger” singer recently. But even if you hide under a rock, you can’t get away from the news. In the same way, the woman’s name was revealed to be Juliana Nalu, a model from Brazil.

We’re pretty sure Ye has that spark with a lot of models. Are we wrong?

Who is Juliana Nalu?

Juliana Nalu is an extremely popular Brazilian model that uses Instagram, with over 450k followers on the network. Juliana Nalu attracts acclaim by uploading images of herself in swimwear, crop tops, and dazzling gowns that expose the bulk of her perfect skin.

Latina Magazine disclosed that Juliana Nalu believes that modeling was in her blood since she was six years old. As a child who lived with a single mother and was aware of the challenges it could present, she yearned for better and more secure employment. Even though Juliana Nalu’s parents divorced when she was a child, she maintained contact with her father and half-siblings.

Nene Leakes Provides an Update After the Her Son’s Heart Failure and Stroke.