Teresa Giudice Net Worth: This Real Housewives Star Earns Less Than You Might Believe!

Teresa Giudice has a $1 million net worth as a TV personality, novelist, and businesswoman. Giudice became well-known after her role on “The Real Housewives of New Jersey” on Bravo.

In 2012, Giudice competed on Donald Trump’s Celebrity Apprentice 5 and is the author of multiple cookbooks that have become bestsellers in The New York Times.

Teresa Giudice was born on May 18, 1972, in Paterson, New Jersey, and became Teresa Gorga. Giacinto and Antonia came to the United States from Sala Consilina, Italy. Teresa’s brother is Giuseppe, who goes by the name Joe.

Since the third season of “Real Housewives,” Teresa’s sister-in-law, Melissa, has been one of her co-stars on the show. Giudice grew up in a Roman Catholic family and went to Berkeley College to get a degree in Fashion Marketing and Management. Teresa got a job as an assistant buyer at Macy’s after she graduated from college. 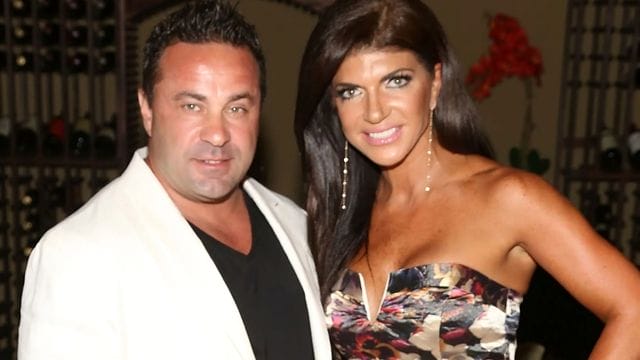 Teresa and Joe divorced in September 2020, and she confirmed her romance with businessman Luis Ruelas two months later. After being released from prison, Giudice began competing in bodybuilding competitions. In June 2018, she placed third in the Bikini: 40+ category at the NPC South Jersey Championships.

Net Worth of Teresa Giudice

According to Celebrity net worth, In 2022, Teresa Giudice have a net worth of about $1 million. Most of her money came from TV shows and promoting brands. The housewife was sent to prison for 11 months. The IRS made her sell her house and pay $414,000 in restitution fees.

Also Read: Scott Bakula Net Worth: How Much Does He Make in His Entire Life?

Teresa and Joe, who was her husband at the time, joined the cast of “The Real Housewives of New Jersey” in 2009. Giudice is the only Housewife to appear in every season of the show. In October 2015, she starred in a three-episode spin-off called “Teresa Checks In,” which was about the Giudice family after Teresa was sent to prison.

During the tenth season of the show, she was said to have been paid $62,000 per episode. Giudice made her own line of wines (Fabellini Wines) and hair care products (Milania Hair Care). Her fashion line, TG Fabulicious, has clothes and accessories with sayings like “Happy wife, happy life” and “Love, love, love.” In 2012, she came in fifth place on “Celebrity Apprentice” and raised $70,000 for The NephCure Foundation.

She also served on the committee for the children’s charity Project Ladybug, which was started by her “Real Housewives” co-star Dina Manzo. Teresa opened a restaurant with her brother and sister-in-law in East Hanover, New Jersey, in May 2017. The restaurant, called Gorga’s Homemade Pasta & Pizza, closed in January 2018. Giudice started doing yoga while she was in prison. When she got out, she got trained to teach yoga.

Joe and Teresa went bankrupt in 2009. In their filing, they said they owed more than $11 million, and they had to sell off a lot of their belongings and put their mansion up for sale to pay off their debts.

Joe and Teresa were both charged with 39 counts of conspiracy to commit mail fraud, bank fraud, wire fraud, bankruptcy fraud, and making false statements on loan applications in July 2013. The following month, they pleaded not guilty.

The Giudices agreed to plead guilty to 41 counts of fraud in March 2014 as part of a deal with federal prosecutors. Teresa was sentenced to 15 months in prison, and Joe was sentenced to 41 months in prison and could be deported. (Joe’s family moved from Italy to the U.S. when he was a year old, but he never became a citizen.) They were also ordered to pay $414,000 in restitution, which they did pay down over time.

In 2008, Teresa and Joe built a mansion in Montville, New Jersey, that was almost 10,000 square feet. The house has six bedrooms, five bathrooms, a swimming pool, a Cinderella staircase, and a huge chandelier. In 2014, when Teresa was having the most trouble with the law, she put this house on the market for $4 million.

In 2013, Teresa won an award from TV Guide for “The Real Housewives of New Jersey” in the category of “Favorite Villain.” Teresa Giudice is the author of three Italian cookbooks that have made the New York Times best-seller list.

Teresa Giudice has a $1 million net worth as a TV personality, novelist, and businesswoman. She became well-known after her role on “The Real Housewives of New Jersey” on Bravo. Teresa is the author of multiple cookbooks that have become bestsellers. During her time on “The Housewives,” Teresa Giudice made her own wine and hair care products. She also served on the committee for Project Ladybug, a children’s charity.

Scott Bakula Net Worth: How Much Does He Make in His Entire Life?

Kyler Murray Net Worth: Why He Makes a Career in the Sport?